This finding was widely reported in the media. Now, a study conducted by Tonya
Del Sontro of the Surface Waters department in collaboration with German and Danish
researchers shows that, in temperate regions, Lake Wohlen is by no means unique in this respect.
As Del Sontro says, “Considering the innumerable small reservoirs along rivers, methane
emissions from inland waters worldwide could well be up to 7 per cent higher than was 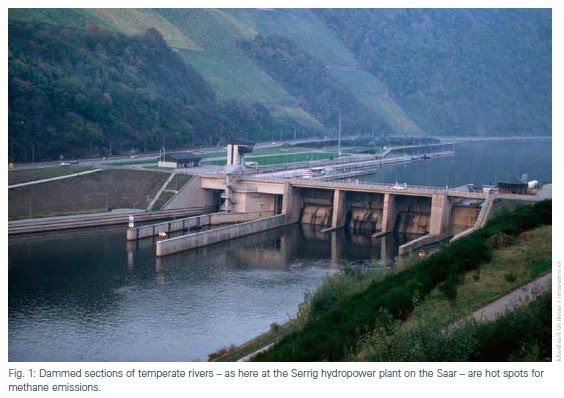 Investigations carried out on the River Saar suggest that significant amounts of
the greenhouse gas methane are emitted not only from large tropical reservoirs
but also from countless smaller reservoirs along temperate rivers. Methane is
emitted especially from reaches where organic-rich sediments are deposited – and
such emissions are likely to increase in the future. Text: Andres Jordi

previously thought.” This is suggested by the results of measurements carried out by the researchers
on the Saar in Germany. To date, it has been assumed that rivers and lakes account
for around 18 per cent of global methane emissions.
Ebullition rates influenced by sedimentation
Methane released from freshwaters is a product of microbial degradation, mainly originating
from anoxic sediments. It arises when organic carbon is fermented by bacteria under anoxic
conditions, rather than being degraded aerobically to form carbon dioxide. Anoxic zones of this
kind are found where large amounts of organic matter are deposited – for example, in run-ofthe-
river reservoirs close to the dams. High levels of methane production lead to enrichment
of the water with the greenhouse gas and the formation of bubbles which are released into the
atmosphere (Fig. 2).
In their study, Del Sontro and her colleagues quantified methane emissions from five dam reservoirs
and from the reaches lying between the dams along a roughly 100-kilometre stretch of
the river. Using sensor and echo sounder measurements, they determined the amounts of
methane diffusing to the atmosphere from the surface, released via ebullition from sediments
or degassed as a result of turbulence at dam outflows. Methane emissions from the reservoir
sites are between 75 and 620 milligrams per square meter per day, compared to only around 4
milligrams for the river-type reaches. The emissions are mainly attributable to ebullition from
reservoir sediments and degassing from methane-enriched water at dam outflows; surface
diffusion plays a minimal role (see Fig. 3). Methane emissions vary from season to season and
are much higher in warmer water – this explains why tropical reservoirs are considered to be
significant sources of methane emissions, while alpine storage lakes, for example, are not. 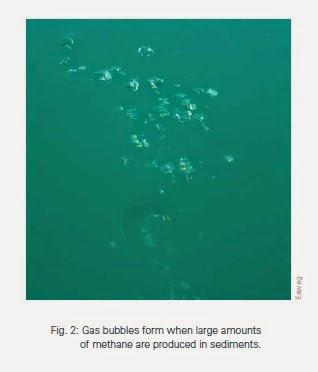 Fig. 2: Gas bubbles form when large amounts
of methane are produced in sediments.

The researchers also found that ebullition rates depend on sedimentation: the higher the rate
of sediment accumulation, the more methane gas bubbles are produced. In the Saar, over 90
per cent of methane emissions are due to sedimentation processes. Del Sontro explains: “The
particles transported by a river are mainly deposited in reservoirs in front of the dams, so a lot
more methane is released to the atmosphere from these reaches than from riverine reaches.”
Sediment accumulation, she concludes, would be an excellent proxy for estimating methane
emissions from small reservoirs. In fact, the correlation between sediment accumulation and
methane emission found in the Saar study worked quite well with Lake Wohlen data, too.
Inclusion in global emission assessments
The Saar reservoirs, with a total surface area of one square kilometre, emit about 120 tonnes of
methane per year, which is roughly equivalent to the CO2 emissions from 20 million car kilometres.
The emission rates are similar to those observed for tropical reservoirs, on which the
attention of climate researchers has previously been focused. According to the research team’s
estimates, total methane emissions for comparable temperate reservoirs could be up to 7 million
tonnes per year. “This means that they account for a significant proportion of emissions and
should be given greater consideration in global assessments,” says Del Sontro. She believes
that methane emissions are likely to be further increased as a result of the construction of new
dams, ongoing sediment accumulation in existing reservoirs, and rising temperatures. However,
as she emphasizes, there is a need to retain a sense of proportion: the impact of inland waters
on the climate is relatively small compared, for example, to fossil fuel-based energy production. 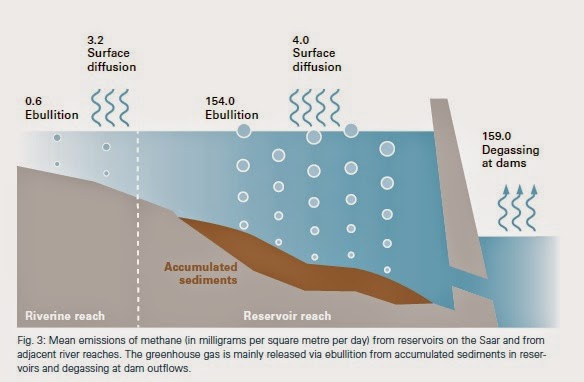 Fig. 3: Mean emissions of methane (in milligrams per square metre per day) from reservoirs on the Saar and from
adjacent river reaches. The greenhouse gas is mainly released via ebullition from accumulated sediments in reservoirs
and degassing at dam outflows.