via The Telegraph A group of marine biologists in Costa Rica were horrified to discover anendangered sea turtle with a 10-12 cm plastic straw lodged in its nostril.

Christine Figgener, a field biologist with a research interest in conservation filmed the excrutiating 8 minute-long extraction operation, which left the poor turtle bleeding and clearly wincing in pain.

buy Straw made from paper here from us: 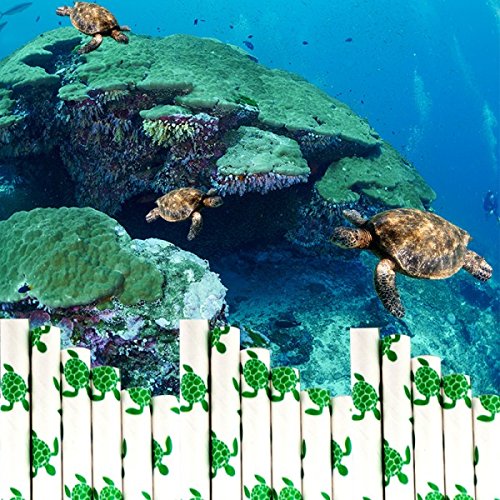 Ms Figgener and her companions were on an in-water research trip in Guanacaste, Costa Rica, when they found a male Olive Ridley sea turtle (a type of green sea turtle) with what at first they thought was a parasitic worm burrowing into its nose.

After debating what to do, they decided to remove it with a swiss army knife – the only tool they had available on the boat.

Ms Figgener explained the decision to remove it on the boat was not one that could have been avoided: „We were on the ocean a few hours away from the coast and several hours away from any vet and x-ray machines. Plus, we would have incured a penalty on ourselves by removing the turtle since that is beyond our research permits.“

When they removed part of the large object they realised it was in fact a plastic straw.

“Is it a f—ing straw? Don’t tell me it’s a straw,” Ms Figgener can be heard saying.

Many have reacted angrily online, saying that the biologists were cruel and in fact caused more pain and discomfort to the sea turtle than if they hadn’t removed it.

However others have jumped to their defence, saying that if the straw was left in any longer it would have killed the turtle.

„The bleeding stopped pretty much immediately after the removal of the straw,“ said Ms Figgener. „He did very obviously not enjoy the procedure very much, but we hope that he is now able to breathe more freely.“

Ms Figgener also reassured people that the turtle was recovered enough before they released it back into the ocean: „We disinifected the air passageway with iodine and kept the turtle for observation before releasing him back into the wild.“

She added: „This video shows why plastic rubbish is detrimental to marine life.“

The most recent study estimated that green sea turtles are 50 per cent more likely to ingest some form of plastic than they were thirty years ago. They often end mistake items like plastic bags and straws for food, which can lead to blockages, infections and death.